I wasn’t completely shocked. Skydiving has come up before… but not in an uber-serious way. I’m not completely thrilled with the thought of the love of my life jumping out of an airplane… but he really wanted to go, and without resorting to extreme hypotheticals – why not?

As a fun way to actually GIVE this gift to him, I made him some parachute super heroes and a drop zone. The drop zone was on the bottom of a box that opened up flat, so that it was easy to fold back up and wrap with the parachute men inside. And it was a fun thing for him to pay with the boys as well.

If you want to make your own drop zone parachute toy, here is what you need:
Box that opens flat
Pencil or Pen
Several sizes of plates
White paint (I used DecoArt Patio Paint)
Red paint (I used DecoArt Patio Paint)
Paintbrush
Plastic grocery bags
Small toy men
String
Black paint pen or marker (I used a DecoArt Glass paint pen, which is great on glass, but worked well here as well… I love getting multiple uses out of products!)

Start by tracing your plates on the flattened box. 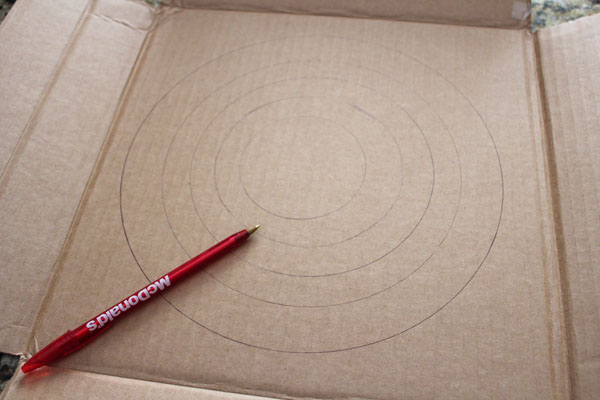 Paint the entire circle white. Let it dry. Paint every other ring red. You should be able to see your pencil lines through the white paint. Allow to dry. (You can see I like to pour paint into disposable cupcake liners – they work great!) 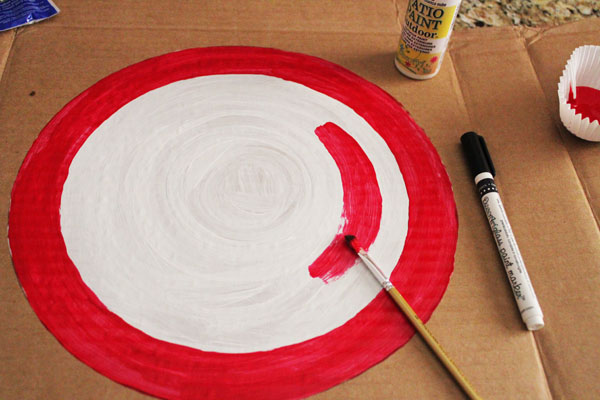 While the bullseye is drying, lay out your bags. I used these plastic bags from target. Lay them out flat, and cut squares as large as possible from the plastic. I used squares from both the front and back – one side has the bullseyes, one side is plain white. 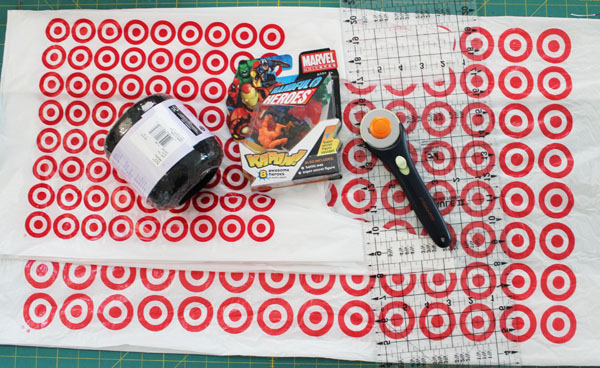 Cut two lengths of string each 3 feet long. Tie one end of a string to one corner, and the other end to another corner. Repeat with the second string.
Line up the corners of the parachute, and pull the strings so they are parallel, then tie around your toy. Trim any excess string.

To store, I folded the plastic parachute into thirds, and then wrapped in the string so that they wouldn’t get tangled. 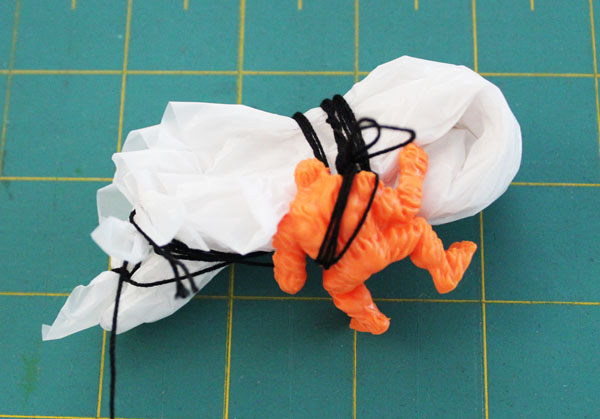 By the time I finished making the parachutes, the paint on my drop zone was dry. I used a black paint pen to trace the circles, and then added the words “drop zone”. 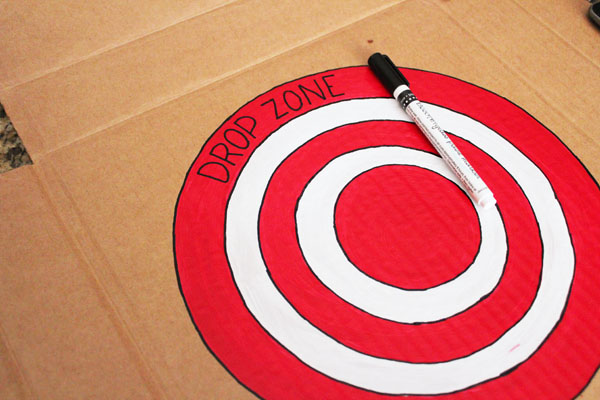 The parachutes were a hit with the boys! This is the least blurry of all my photos of them playing – they had a ball! 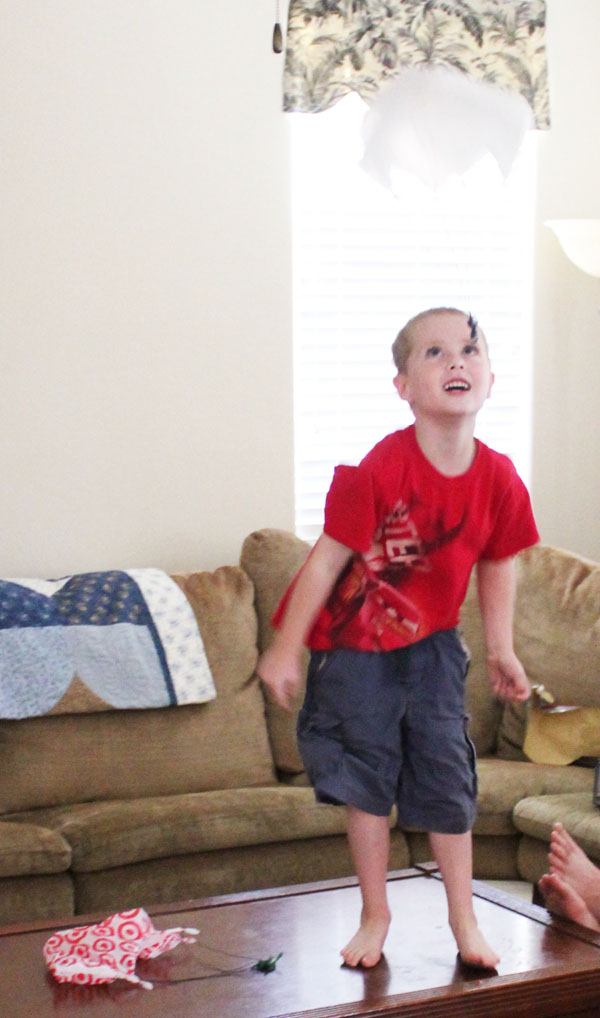 And skydiving was a hit with my hubby! 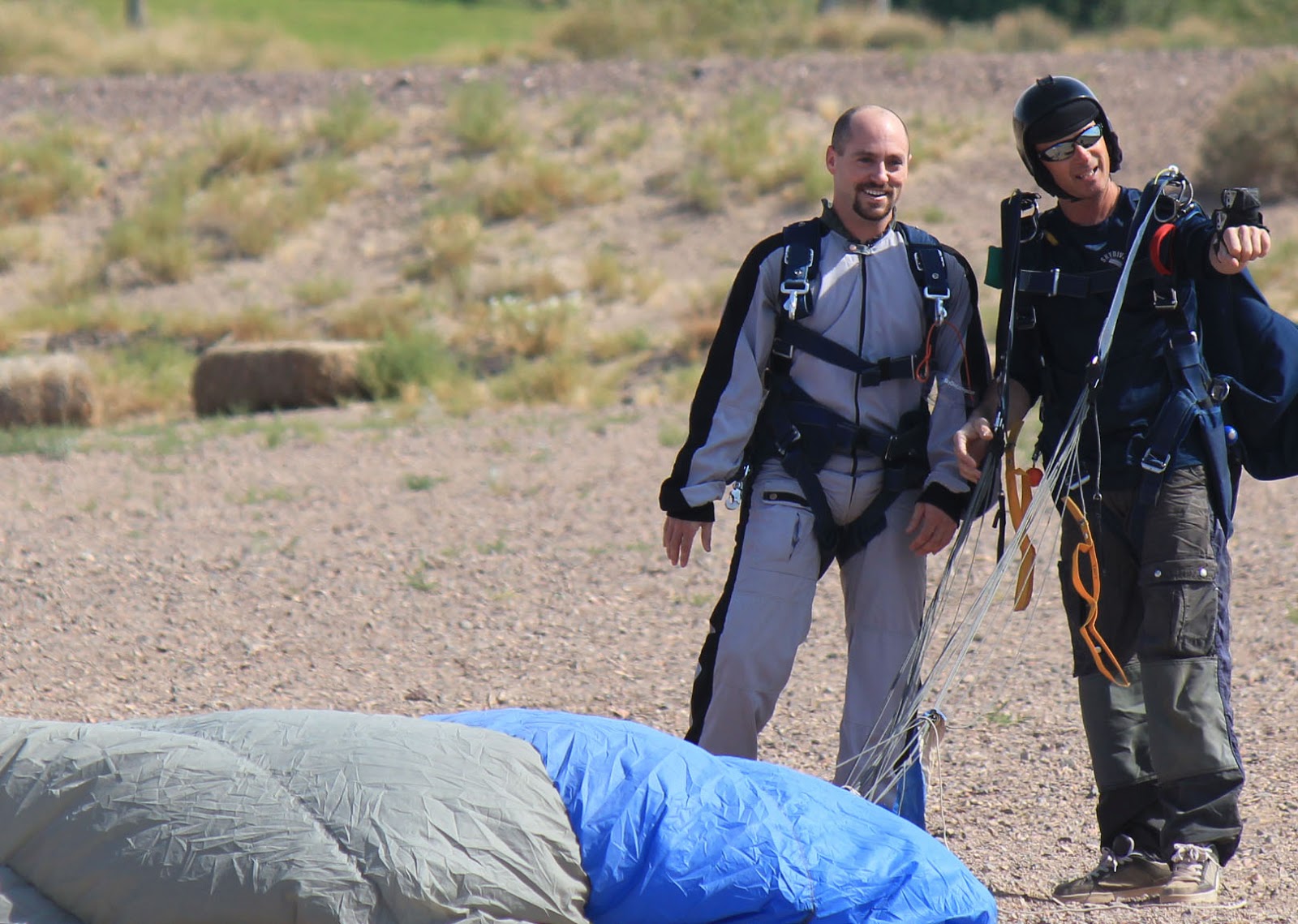