My son is a maze savant. Yes, I’m his mom and I’ll brag about him even if nobody is listening, but at not quite 5 years old, he totally rocks mazes. And he loves doing them. We’ve gotten him maze books, which he loves, but I wanted to do one better. I wanted a maze that could be fully customized, changed, and never get boring. So I came up with the idea to make a maze board out of wood and nails. Now he has a maze that can be changed in a nearly infinite number of ways! And, it was super simple and easy to make. It took us less than an hour. Totally my kind of craft! 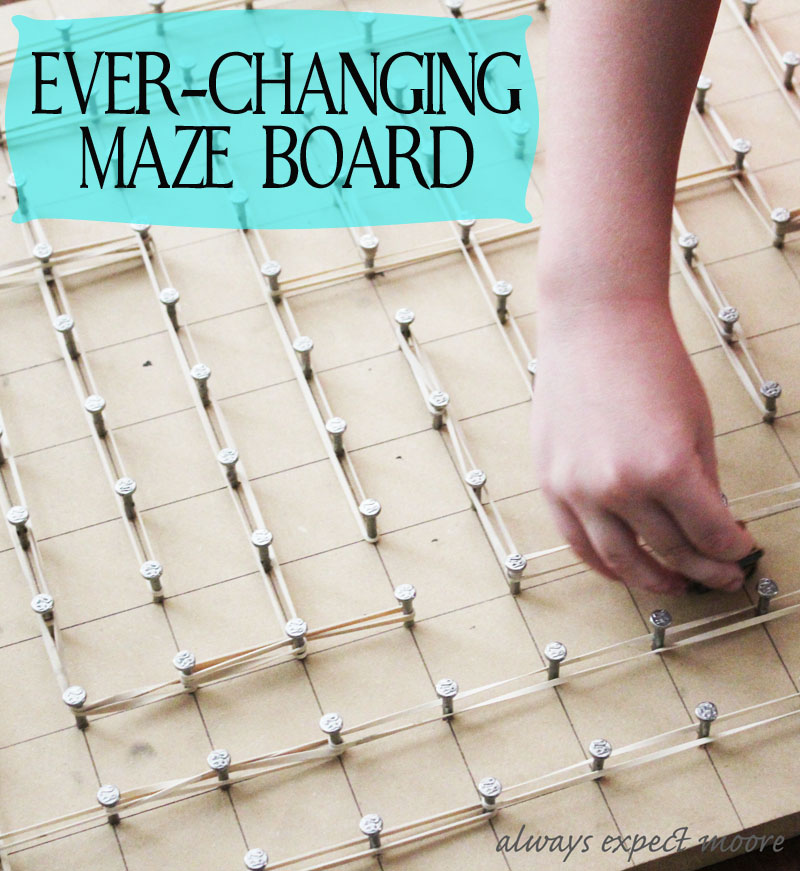 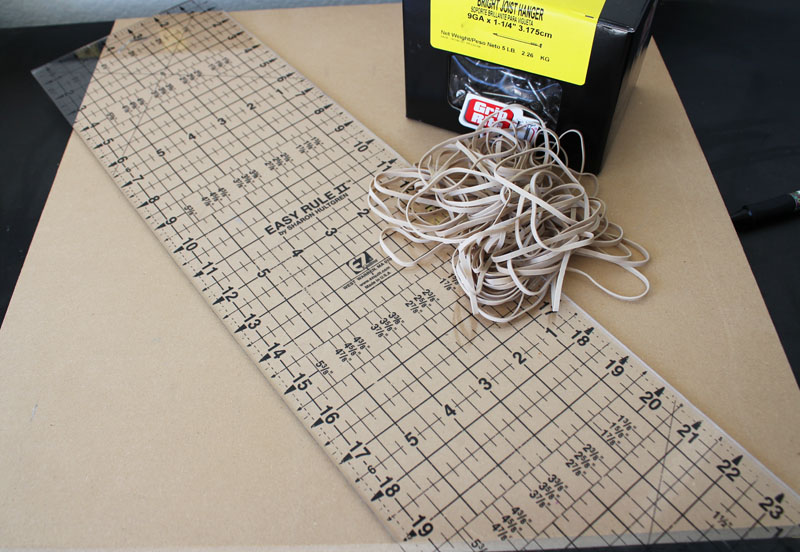 I picked up the plywood at The Home Depot, and had them cut it to size. Having them cut it on their giant saw is so much easier than trying to cut it at home.

Using my quilting ruler, I marked a grid on the board, spacing the lines 1.5″ apart. Once I had my grid marked, it was time to drill pilot holes into my wood. I made sure that the drill bit I was using was a couple sizes smaller than my nails. 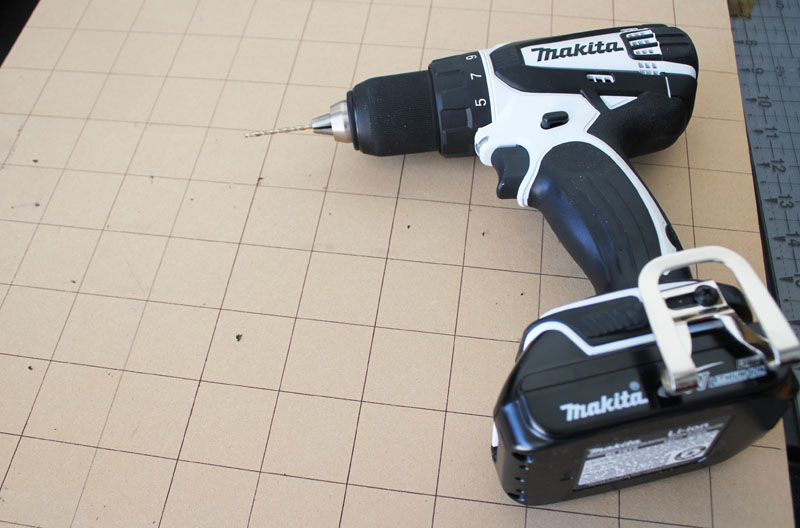 The idea is to drill a guide hole, but you still want the nail to be super snug when it gets hammered in. I made sure not to drill all the way through the wood. 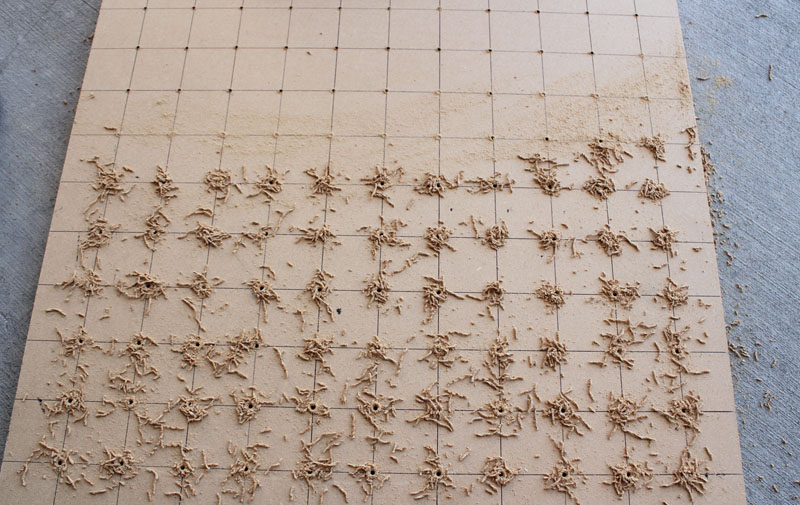 Then it was time to hammer in my nails. As I hammered them in, I tried to keep them about the same height. This isn’t essential, it just looks nicer. 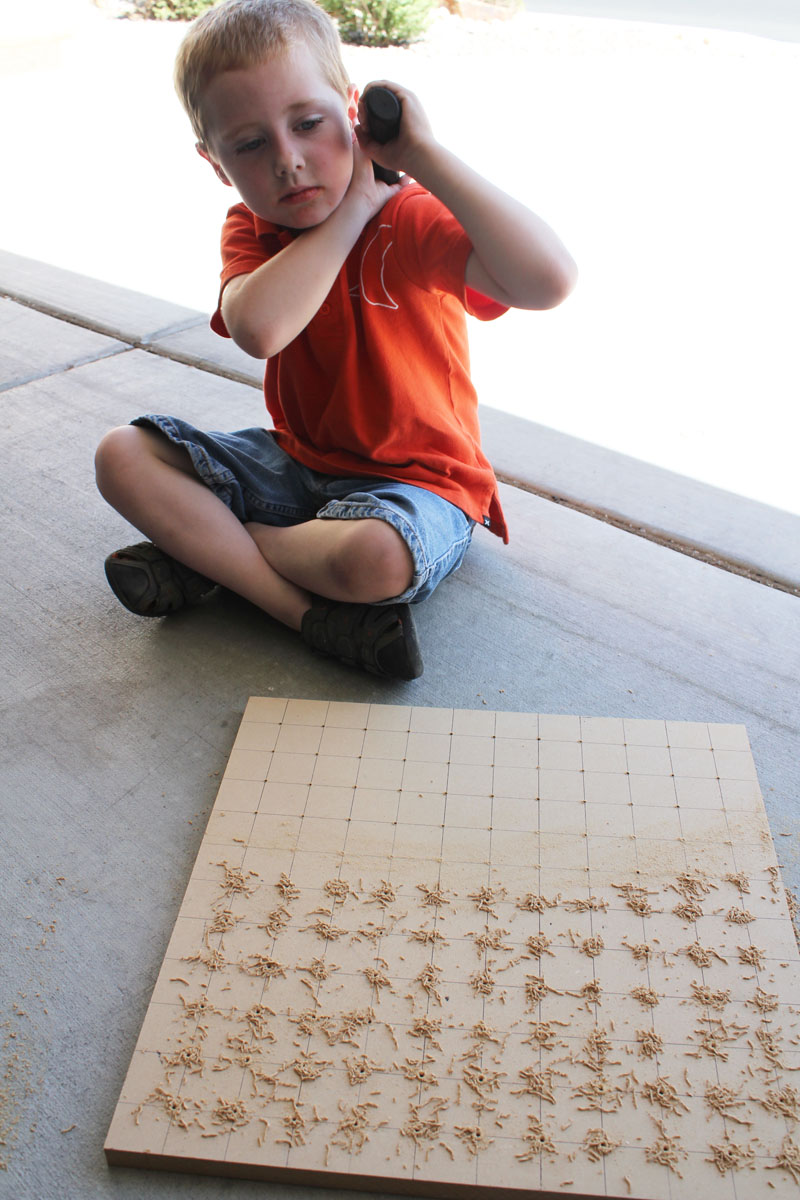 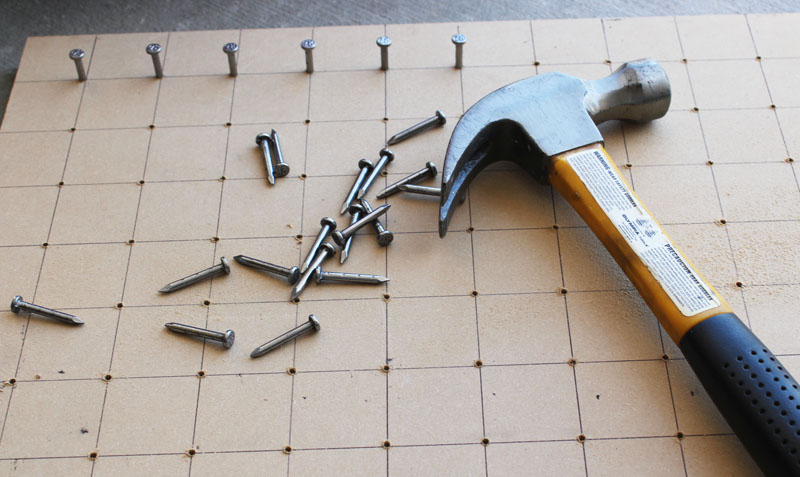 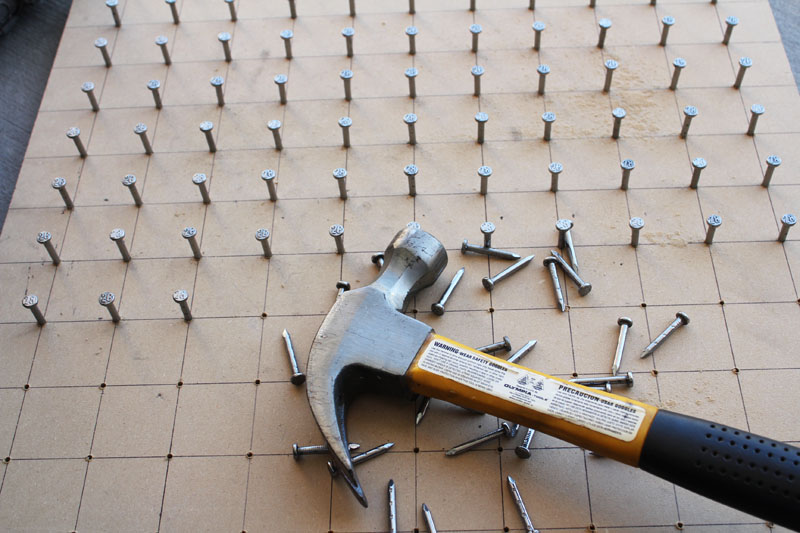 It took a while.

Once all the nails were in, I double-checked that they were all pretty much the same height. 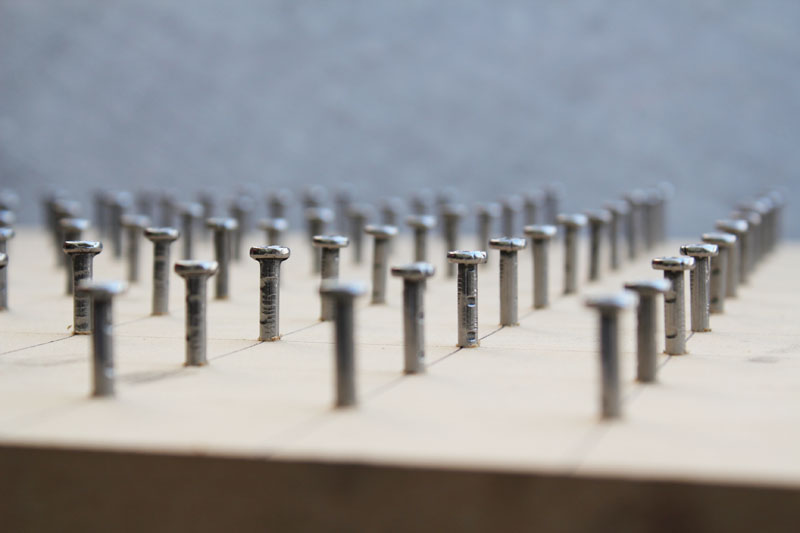 Then it was time to add the rubber bands! We stretched the rubber bands along the nails to make the “walls” of the maze. We were so excited about this part, we didn’t bother washing all the black from the nails off of our fingers… we just went for it! 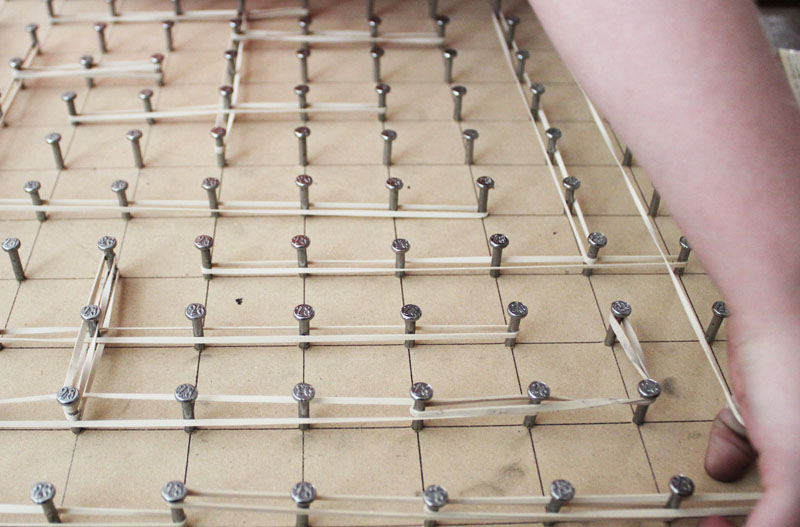 Then my son got to find his way through the maze. Once he figured it out, I adjusted a few of the pathways by moving around rubber bands, and he got to do it again. I kept switching them to give him new routes through the maze. He LOVED it. 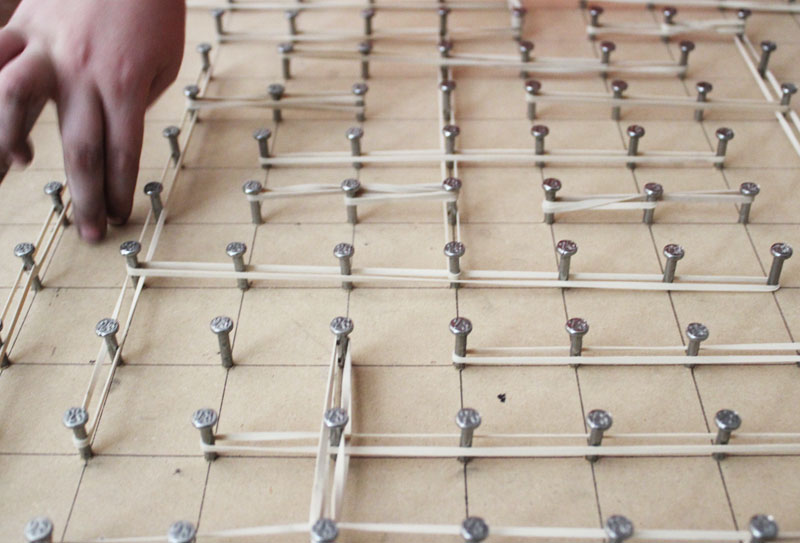 I know we’ll be using this toy a lot this summer – such a fun boredom buster! 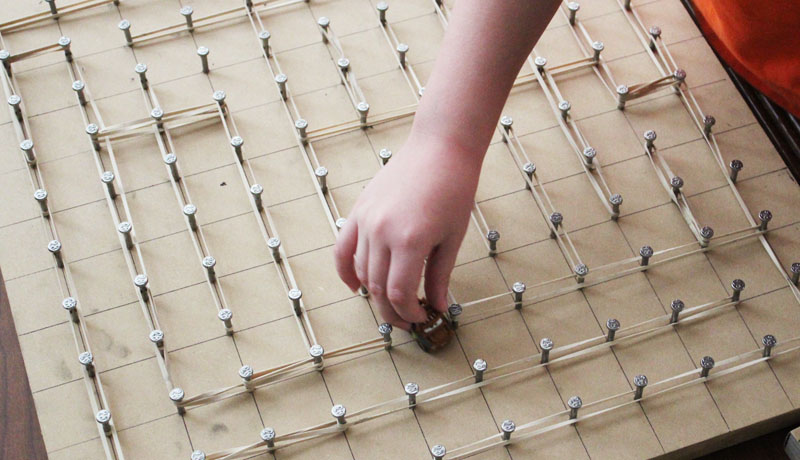 I might still give it a coat of paint… I haven’t decided yet. But for now, it is getting plenty of use!