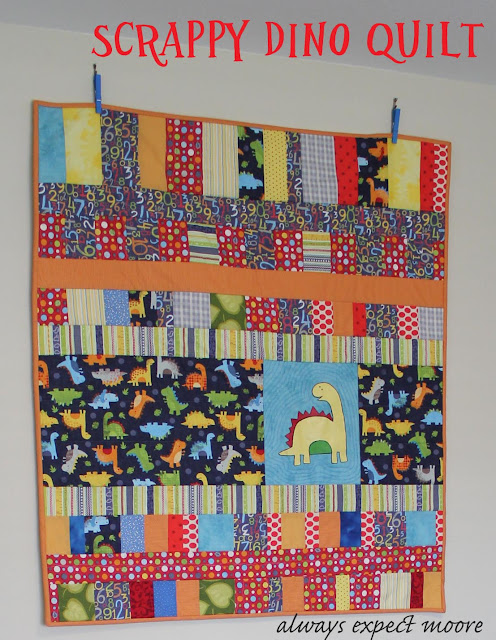 I knew I wanted this quilt to be super scrappy. I went through my fabric scraps and picked out all kinds of fabrics that were in the same color-theme as the focus fabric. I cut these into chunks, and sewed the chunks into strips. I also cut some plain strips of the fabric from the Babysaurus line that I used as the theme for the nursery.

I made one of the strips extra wide, and on a solid-colored square painted a dinosaur to match the dinosaur wall art I made earlier.

Once I had all my strips, in varying widths, I laid them all out on the bed to decide what order I wanted them in. It is important to note when laying out the quilt that this is not going to be the finished size, because 1/2″ per strip will get “lost” because of seam allowance. 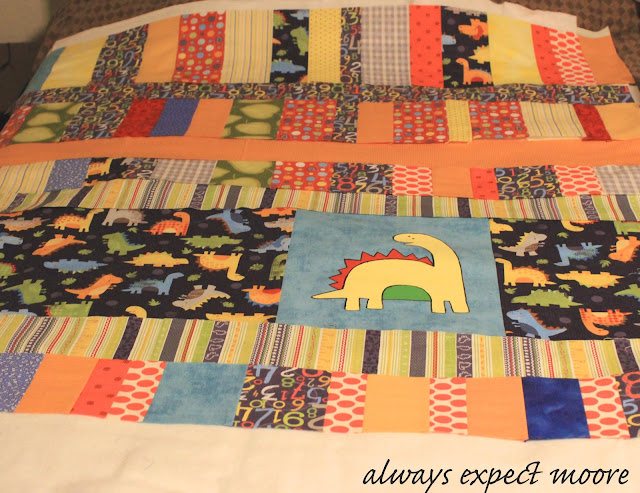 Once I decided the strips, I made my “quilt sandwich”. I put the backing fabric face down, then the batting, then one of the middle strips. I stitched a strip to either side of this middle strip, going through all the layers – this makes it “quilt as you go” because it quilts the top to the back while piecing the top. 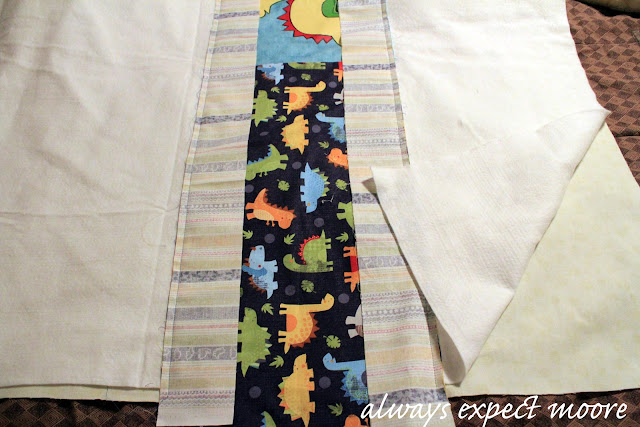 I kept adding strips to either side, stitching through all the layers, then flipping over the strip, pressing, and adding another strip. Here it is with all the strips stitched on to the backing/batting layer. 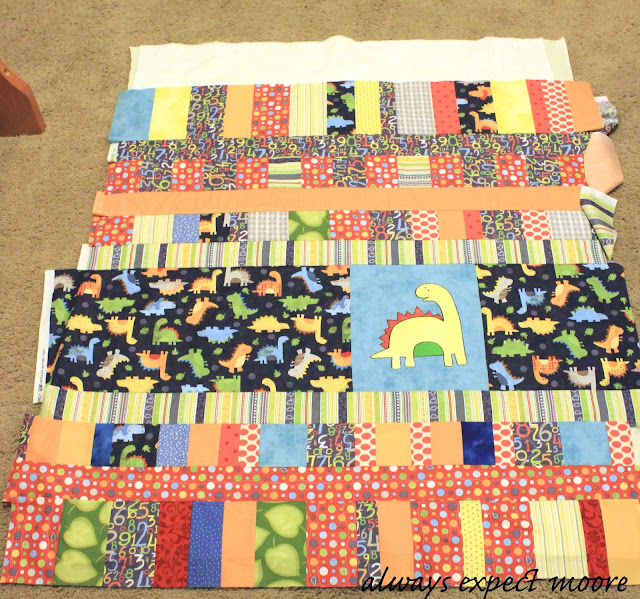 I wanted to add some accent quilting. In part because I wanted this dino to stand out, but also because this block is so big that it really needs some extra quilting. I drew a line around the dinosaur to “echo” the shape, and stitched on this line. I then went around again and again, evenly spaced, to fill the light blue square.
I also added some extra quilting to the focus fabric on either side of the painted dinosaur to add some extra stability there – again, because they are really large pieces, and really shouldn’t go un-quilted. 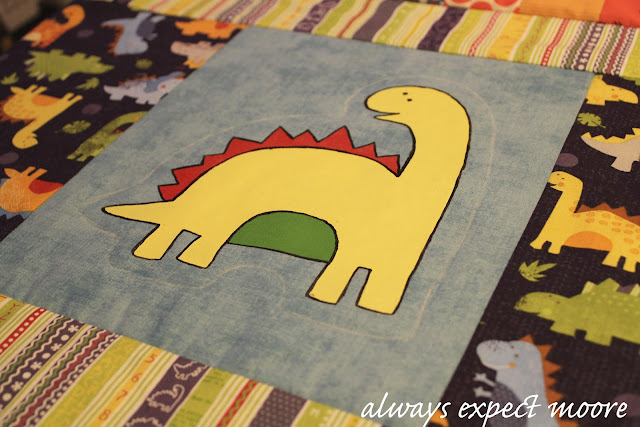 All that was left was to trim the quilt to size, bind it, and hang it up!