Amy over at During Quiet Time threw down an awesome challenge back in July… to create a 12″ quilt block using text fabrics. I decided to use her theme “Texting while sewing” and create a block called “Tweeting While Sewing.” This block is a fabric representation of the twitter interface. I put a measuring tape up at the top so you can see that it measures 12.5″. (For you non-quilters out there, that is so that when it gets stitched into a quilt, the finished size of the block is 12″.) 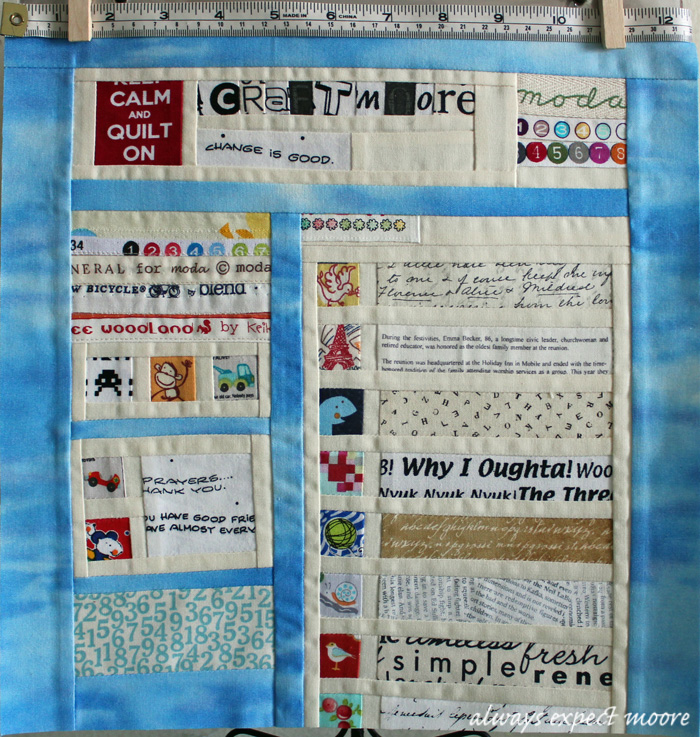 I was especially excited about this challenge because I have been collecting text fabrics for a while. Specifically black and white ones, but others have found their way into my stash as well… and between the text fabric I had on hand, some extra that I bought, and some fun selvedges, I had lots to work with! There are over 30 different fabrics in the finished block! 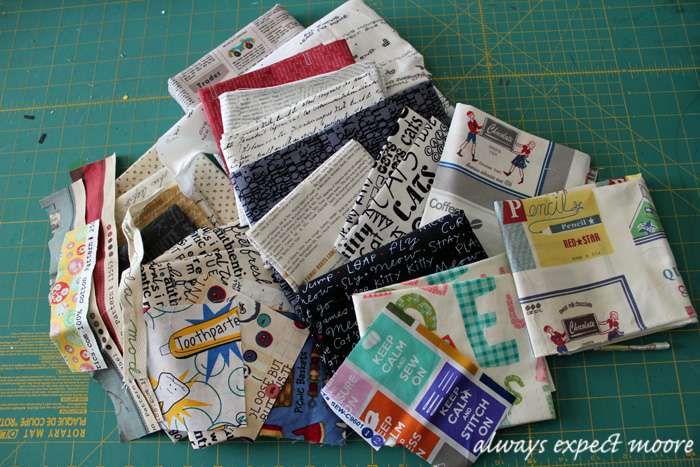 The block is actually a combination of 2 different screens on twitter. One is my profile page (right), and one is the feed page (left). I wanted a big avatar at the top, and a bunch of different avatars down the middle. So, I fudged a little. Quilter’s prerogative, right? I also fussy-cut-and-pieced letters to make my twitter handle (@craftmoore) across the top.

I started the block by sketching out what I wanted on quilter’s graph paper, and then cutting and piecing sections. Here you can see some of the fun pieces I incorporated. Like the twill tape from a moda jellyroll, and some numbers on selvedges. 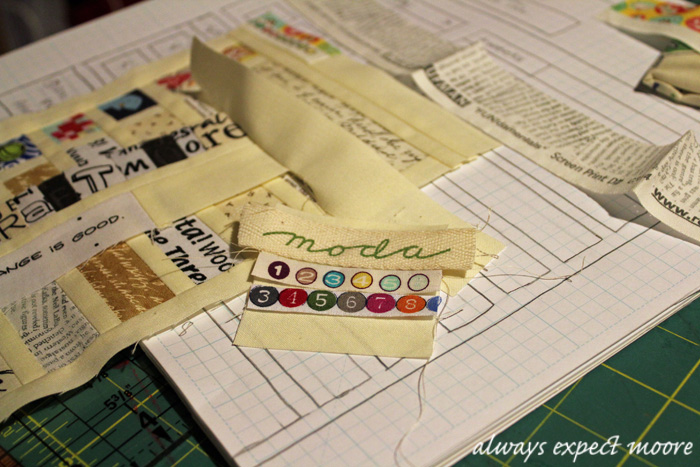 I kept piecing my sections together… and then realized that I really should have paper-pieced this project… but at this point I was pretty far invested in the project, so I kept going… 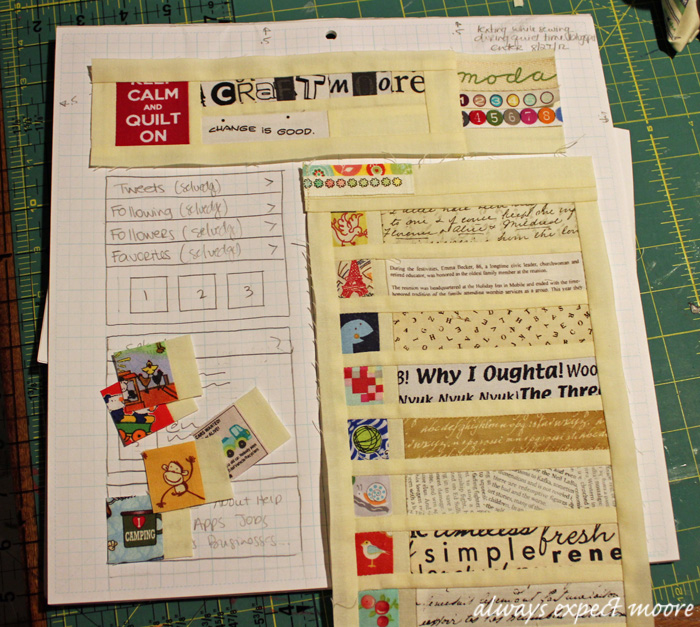 So you can appreciate the insane number of tiny seams, here is a close-up of the back of the block… 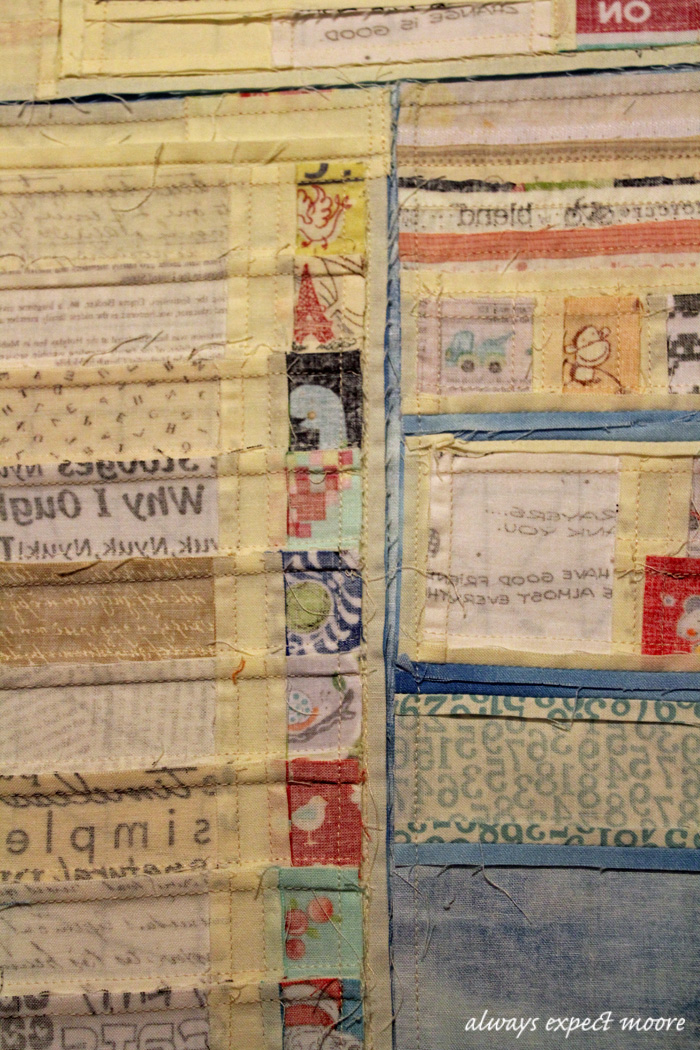 Here is the back of the block, ready for trimming. I purposely made the block oversized so that I could easily trim it down. I knew that with this many small pieces there would inevitably be some wonky-ness, so going for bigger and cutting down would be much easier than trying to have it finish the right size, and having it end up too small. 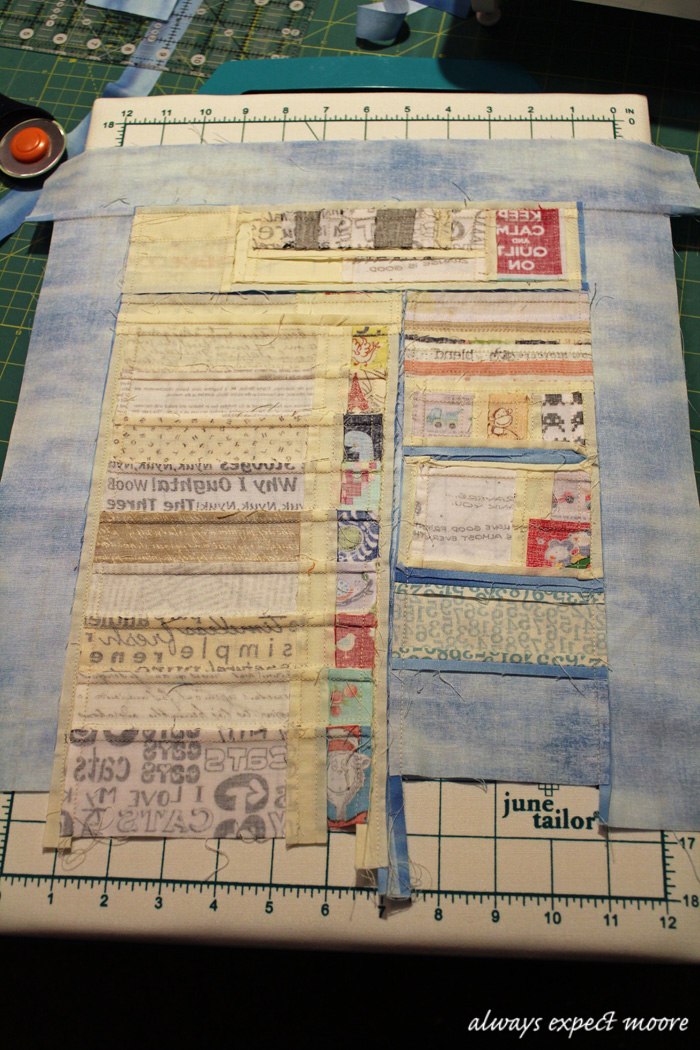 To trim it down, I ironed freezer paper to the back of the bock, then the front.  I drew lines where I was going to cut, then triple-checked that it was the right size. 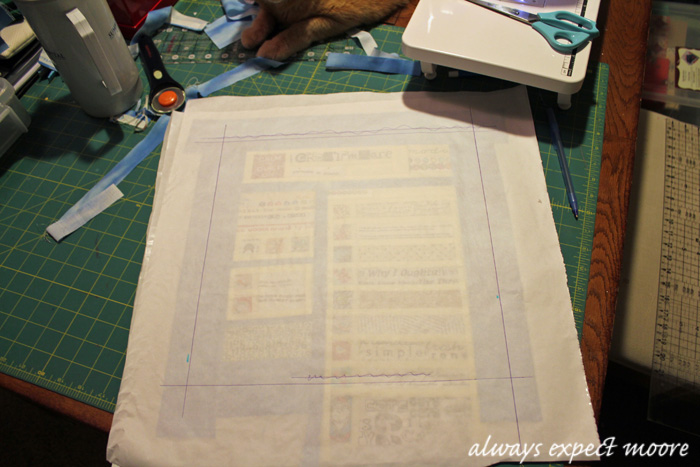 Then trimmed it and pulled the paper off of the front. 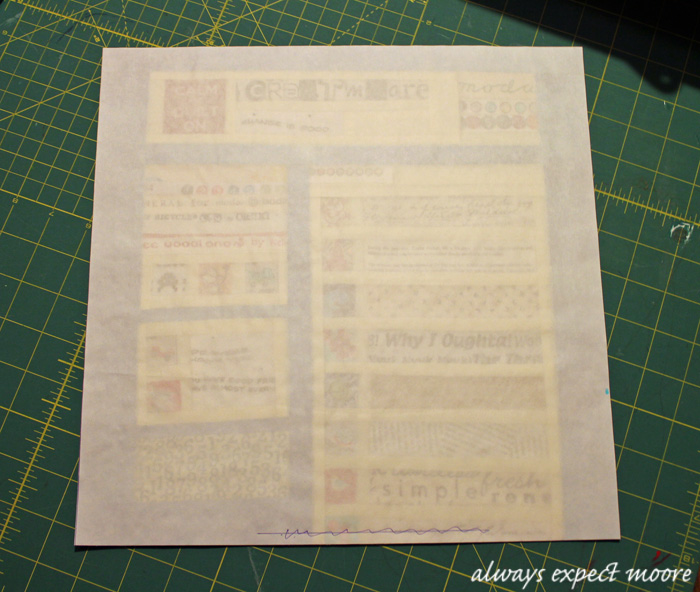 I’m keeping the paper on the back for now. It gives all those little pieces some extra stability until I get them into a final quilt top. I’m thinking of just adding borders and turning this guy into a mini quilt… but I don’t know what fabric to use for the borders. Plain black? Or is there some fun text fabric out there with social media icons? Or twitter birds? Maybe I can find some “fail whale” fabric to back it with… 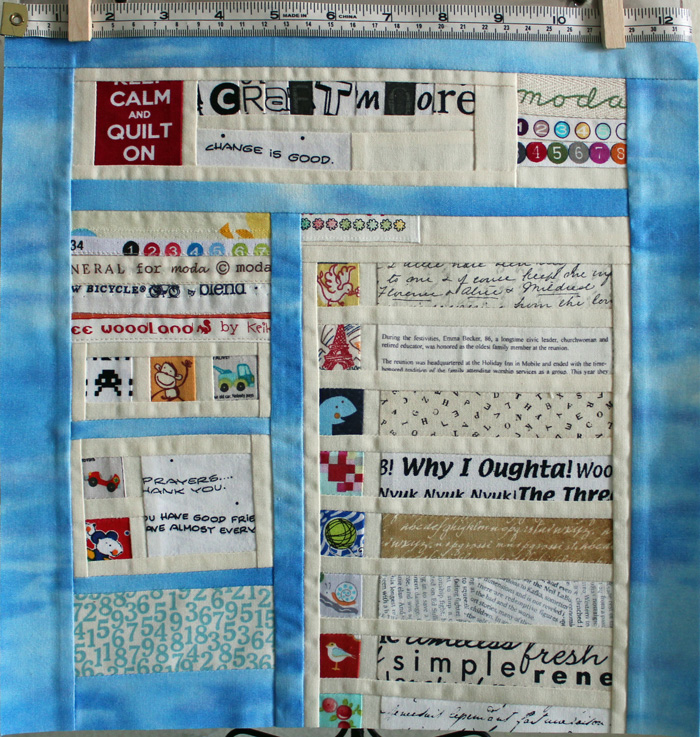