On Sunday, the boys and I went to Home Depot to pick up supplies for a little Weekend Warrior project… the Baby’s first birthday is in less than 2 months, and it was time to start sprucing up the yard. March in Vegas is a great time to start planting, and the weather was perfect. 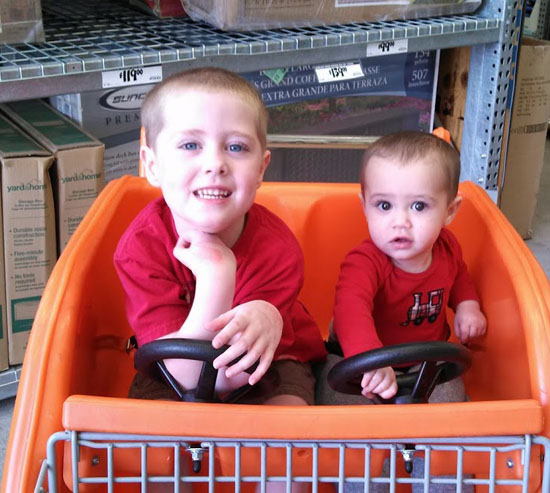 These two were just so cute in the cart together!

This next photo doesn’t look like much… but it was a LOT of work. I moved all the gravel, put down new weed block fabric, and put the rock back. This took most of the afternoon, and I’m pretty sure it is the reason my back feels like a dozen tiny ninjas spent the night kicking me in the back. The planter bed was in disrepair. I didn’t do any serious work in the yard last spring. My doctor had me stop working at the end of February, and I spent as much of the next two months as possible with my feet up to keep my ankles at twice their normal size, instead of three times. And I’m not exaggerating.

With over a year of being ignored, one of the walls was caving in. I took down the wall and put it back together, and then added more soil to the inside to keep the wall in place. 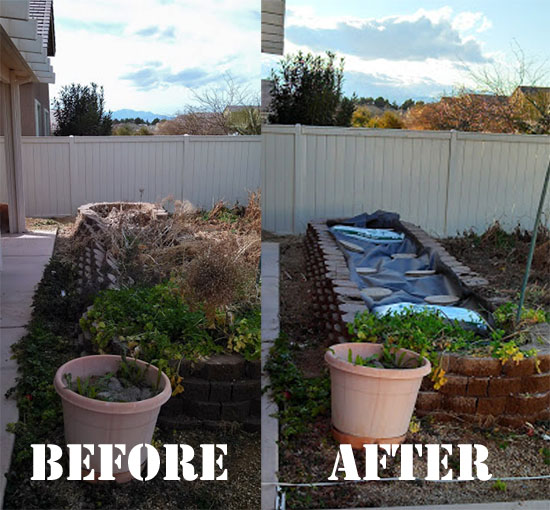 Here is the wall as I was taking it apart. During the process, I had to call my husband outside to kill a black widow spider for me. Yes, I can build a wall, but killing a poisionous spider is beyond my current skill set. And fortunately, I found her after putting on gloves… but also after changing into shorts. Luckily, none of her family was close by, and I was able to fix the wall without further incident. I still have to tackle the area formerly known as grass, as well as prune the rose bushes… but I’ll have to save that for another weekend… after the ninjas stop…