At the end of April my baby turned one. And suddenly, he doesn’t look like a baby anymore. He’s grown tall and lanky. His baby chubbyness is slimming down as he runs around the house and yard. He climbs up anything his legs can reach.

You might have already seen the dinosaur invitations with washi tape, the dinosaur wreath, and the tissue paper pennants. I had fun creating handmade items for the party.

I spent the day before prepping food for the party. Lots of fresh fruits and veggies. I had a smash cake for the birthday boy, and a chocolate cake on the side, but also cupcakes for the kids at the party. Cupcakes are so much easier than a large sheet cake when you’re expecting lots of people. 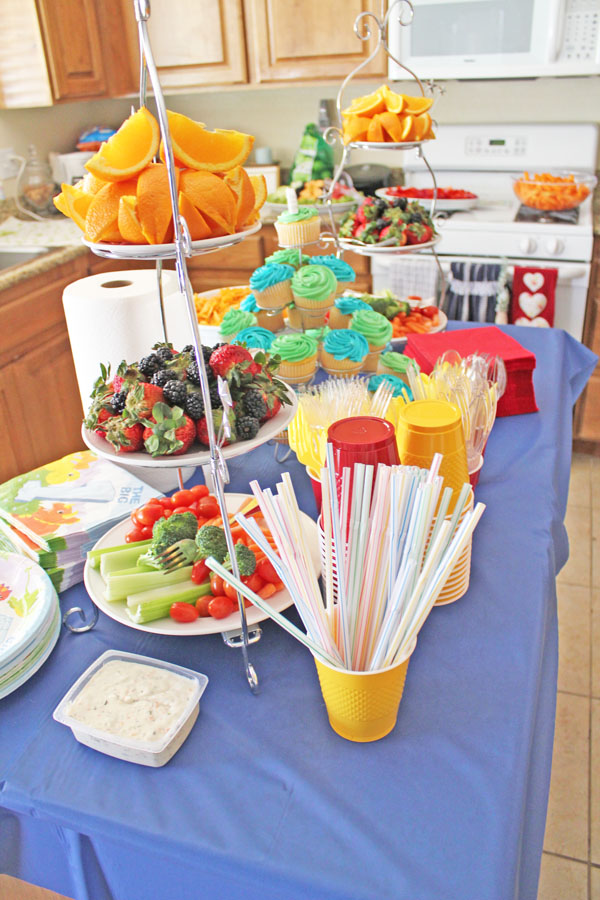 I got a little help putting up decorations for the party… sometimes streamers end up like this when you have a 4-year-old involved! 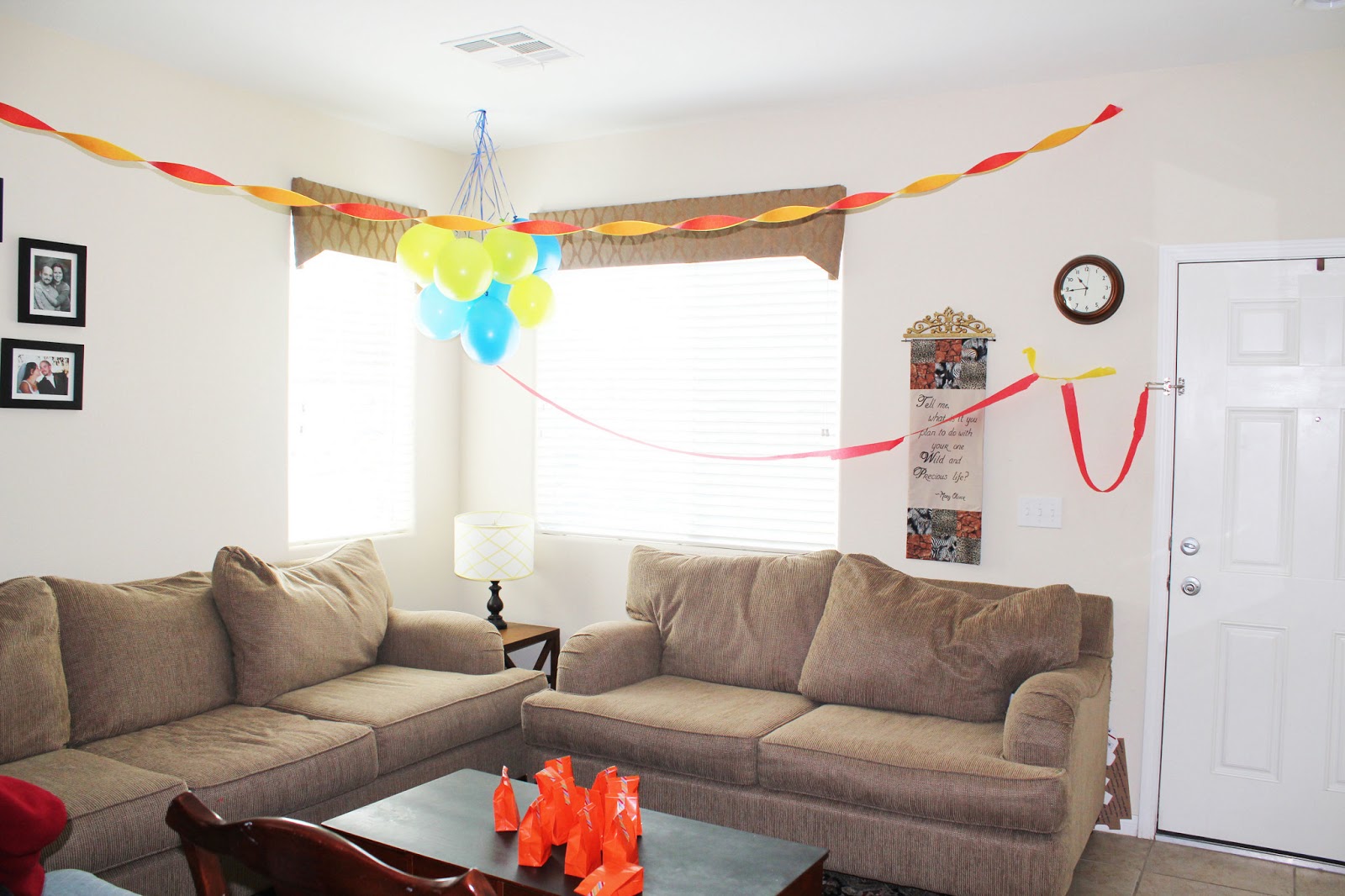 Instead of getting a heavy helium tank, or schlepping to a party store early in the morning for helium-filled balloons, I hung regular balloons from the ceiling. This also kept them out of the hands of small children during the party.

Before the party, my brother and sister-in-law helped me cut out dinosaur feet for the kids to decorate. We used this template from Make and Takes. 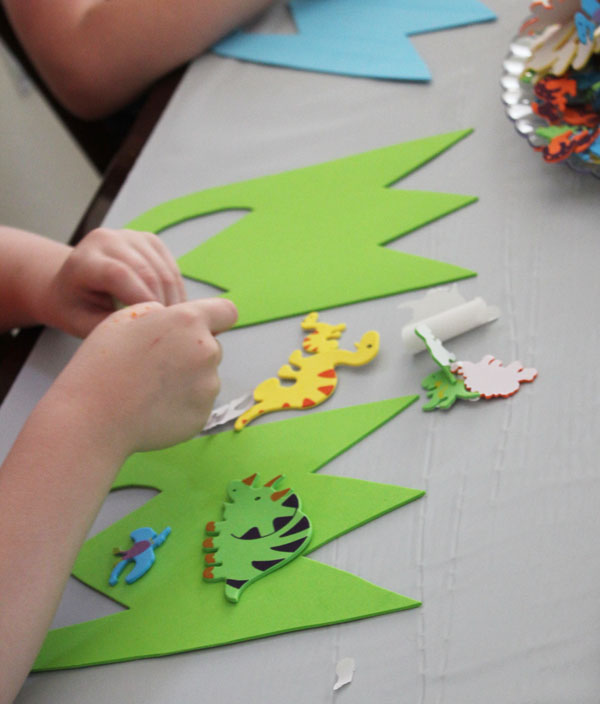 Once they decorated them, they could wear them. 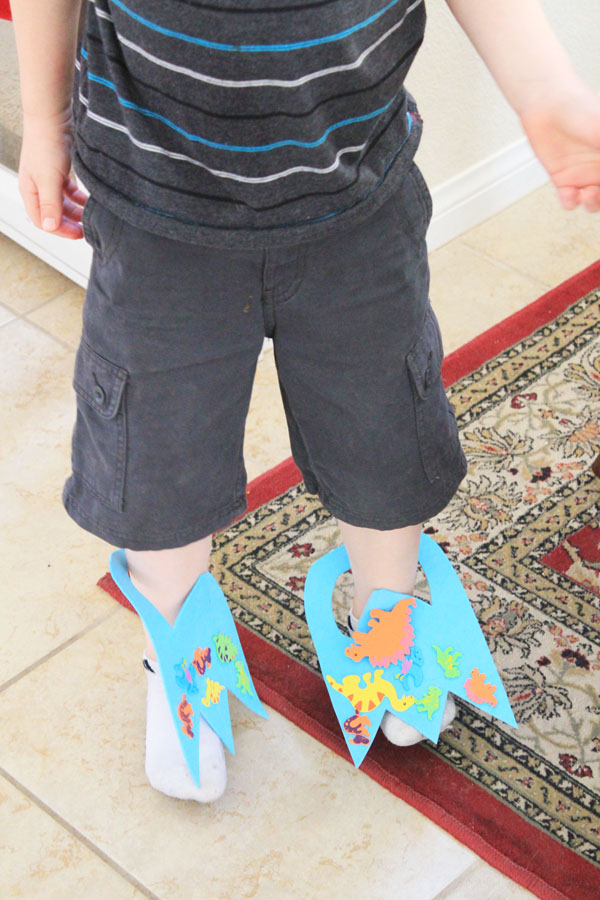 I made several batches of homemade playdoh the day before for the kids to play with. We also had a pinata for the older kids – at the request of big brother. 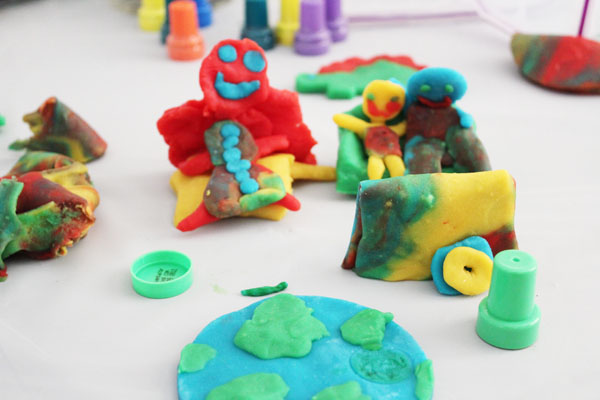 And although he loves cake, he hasn’t ever been a big fan of frosting. After we pushed his hands into the cake, he wasn’t a very happy guy. 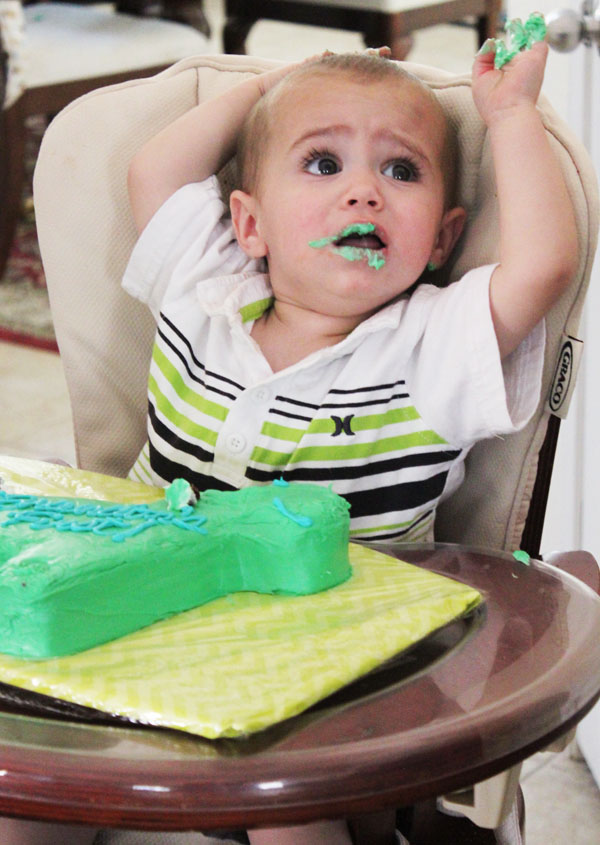 After a change of clothes and a nap, we opened gifts. 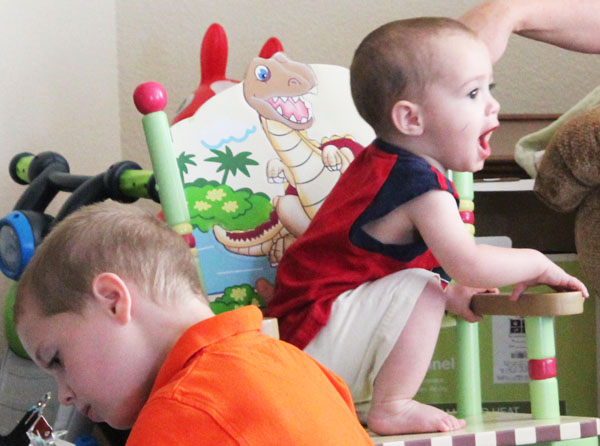 I can’t believe how big he is already! Happy Birthday, little man… I’m looking forward to so many, many more celebrations with you! 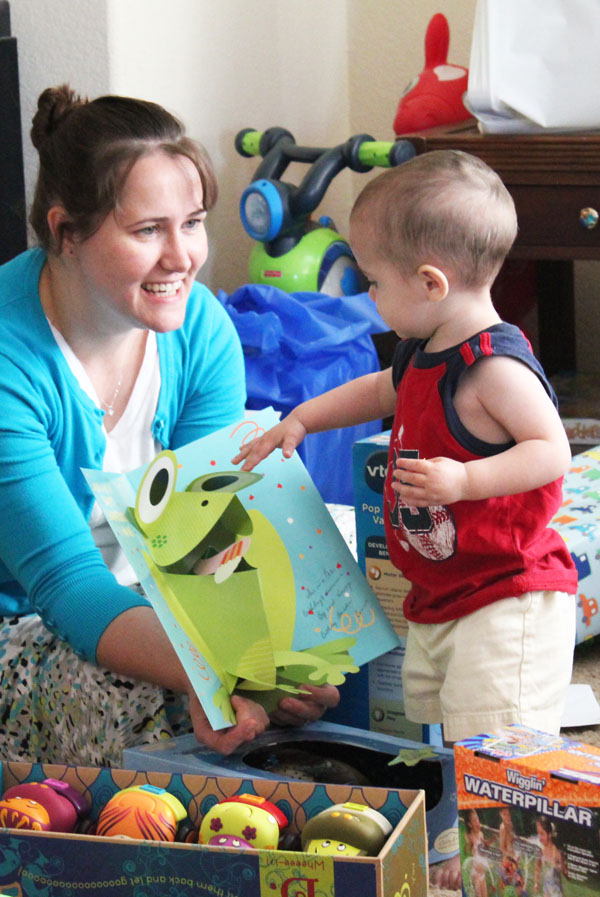