It has already been a couple months since I posted the Pinwheel from charm squares block for Patti. Her reaction was truly unforgettable.
I know Patti through work. She stopped by on the day of the post and completely lit up my day. She was SO excited that I’d put the post together, because it helped her with a quilt she was working on for the Kona Solids Challenge (the quilt turned out awesome, by the way). Seriously, I have never seen someone that excited about a blog post. It was awesome. 🙂
Since then, I’ve been playing around with different pinwheel ideas from charm squares. Here are two different blocks you can get using the same method – a mini-pinwheel or a double-pinweel.

You’ll be making two blocks at a time. Start with 4 charm squares, two must be the same in order for this to look right. 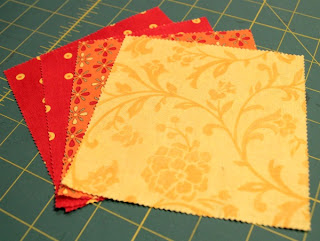 Put the two that don’t match right sides together, and stitch down two opposite sides. 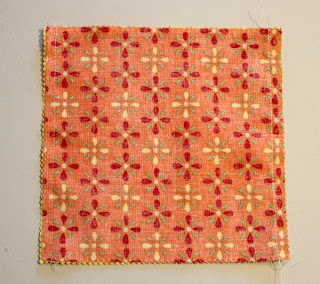 Cut down the middle, parallel with the two stitching lines. Press the seam open. 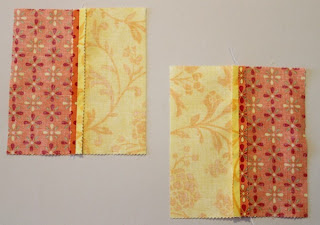 Place one on top of the other, right sides together, so that the colors mis-match like this: 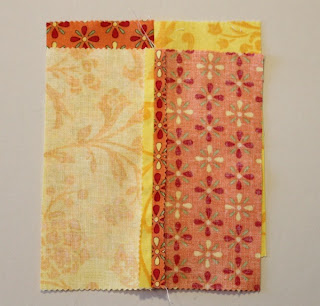 Stitch both sides perpendicular to the last stitching and cutting lines. Cut parallel to the lines you just stitched. 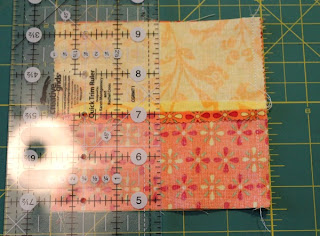 Press the seams open again, you’ll end up with 2 four-patches. 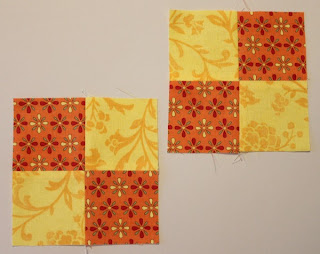 Put each four-patch right sides together on one of the matching squares. 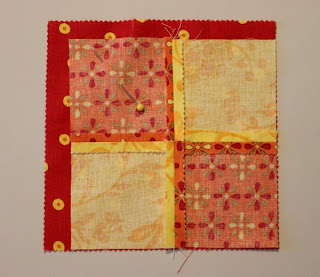 Stitch all around four sides. 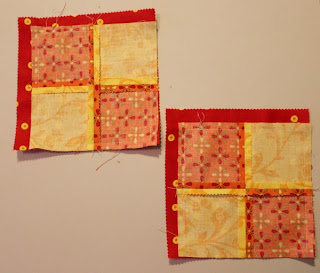 Trim and cut into quarters on the diagonal. 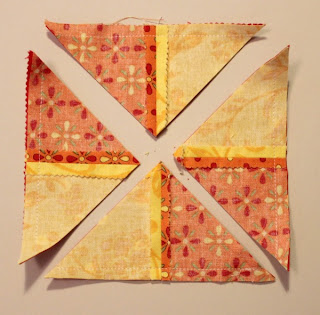 If you use the triangles from each four-patch, you’ll end up with two pinwheels like the ones below, that are half one color, and half the other. Instead, swap 2 squares from one with two of the other and… 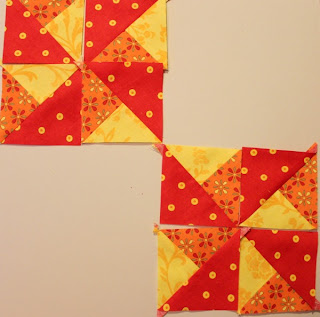 You’ll get two pinwheels with all their colors in the right place. 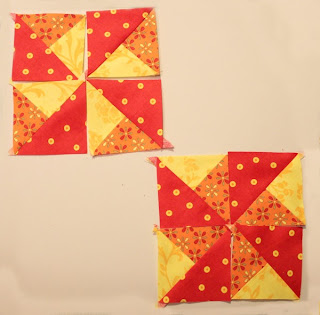 You can spin the blocks different ways to make different kinds of pinwheels!