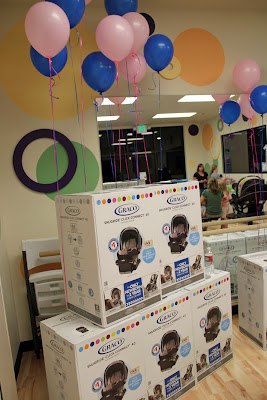 The American Academy of Pediatrics has announced that children under the age of 2 should stay rear-facing in their carseats. This keeps them five times safer than forward-facing.

Friends of mine have had similar problems – with babies that outgrow their car seats, by weight, height, or both, before hitting the magic 12-month mark. And now that the AAP is telling us that the best way to keep our babies safe is to leave them rear-facing until they are two, it can leave parents scrambling to find an appropriate solution.

I recently attended an event where I was introduced to the Graco SnugRide Click Connect 40. This is a rear-facing carseat that is designed to keep children rear-facing until they are two. It carries children from 4lbs to 40lbs. My 4-year-old just hit 40 pounds, so weight-wise, that is amazing. But the part that really sold me is the height limit – 35 inches! Nearly 3 feet! 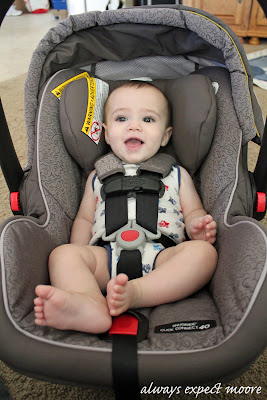 The Dutch are the tallest people in the world. My shortest sibling is 6’2″ (the tallest is 6’6″), and my sons have inherited that Dutch blood. I’m so impressed that this car seat can handle our tall baby! And will continue to support him for another 18 months! 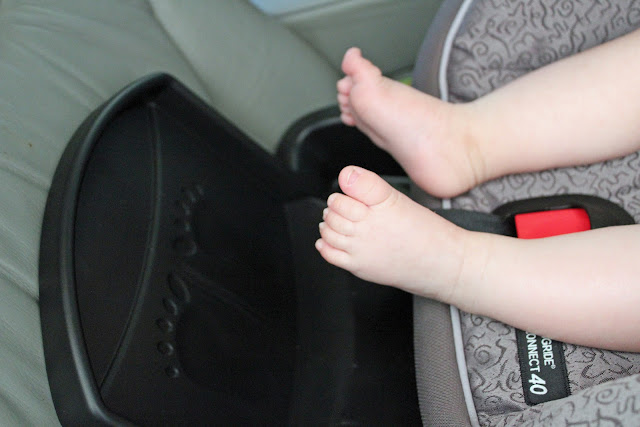 The way the Graco SnugRide Click Connect 40 manages this is through an adjusting base. The base adjusts through 8 recline positions. I thought that would make it take up a lot more room in our van, but in order to fit the seat with the base in the furthest position, I only had to move the front seat up a single notch. 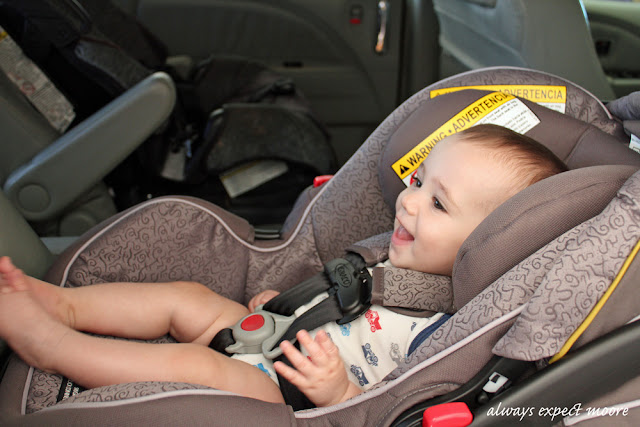 The other reason I’m thrilled with this seat is that the seat and the base come apart. When we moved our oldest out of his infant car seat, the only option was a fixed car seat. When he fell asleep in the car, I would have to stay in the car with him until he woke up, or try to (very, very carefully) scoop him out of his car seat and get him to bed before he woke. This nearly always ended up in failure. My husband and I once pulled the entire carseat out of the car, and carried it up the stairs to our second story hotel room so that we could get ready for an event while our oldest stayed asleep. True story.

With this carseat, the base can stay put. But if we have to move it, it will be fairly simple because of the LATCH system. I love that the LATCH belts stow away in their own little compartment if they are not being used. 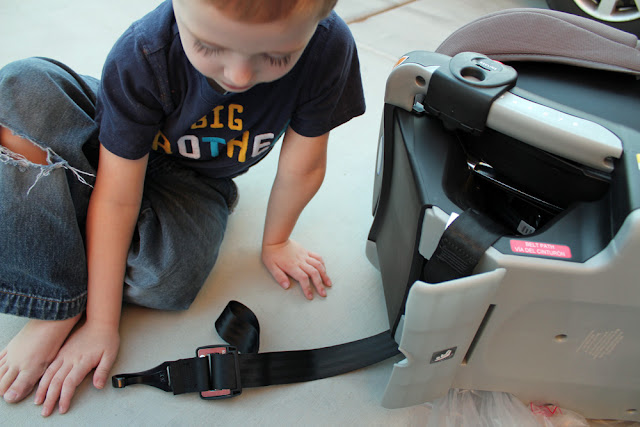 I am blown away by the Graco SnugRide Click Connect 40. Car Seats really have come a long way since we had our first baby 4 years ago.

Oh, and if you’re wondering, the seat connects to any Graco Click Connect stroller, and you can purchase this car seat at Babies R Us.

The Graco SnugRide® Click Connect™ 40 – the first and only newborn to two-year infant car seat that actually grows with your baby from four pounds all the way up to 40 pounds. The car seat is designed for a parent on the go. The infant car seat can be easily removed from the base and used as a carrier when the infant is small, providing portability and convenience so you can easily move your infant in and out of the car without disturbing them.
The American Academy of Pediatrics recently made the recommendation to keep all children in rear-facing car seats until the age of 2. Graco set out to make this product so parents can keep infants rear facing longer while still keeping them comfortable.
This is a sponsored post written by me on behalf of Graco. The opinions and text are all mine.