I’m behind in sharing my baby shower updates… perhaps because I’m in the middle of planning my a third baby shower. In three months. Which would be tedious except I love planning showers. And all these gals are lovely. Which makes it fun!

In November, I co-hosted a shower here at my house for a friend who has nick-named her baby-boy-to-be “Baby Monster Truck”. The nursery will be all orange and aqua. Since there are umpteen billion different shades of aqua, we stuck with orange and white for our shower decor, and that started with the invitations… 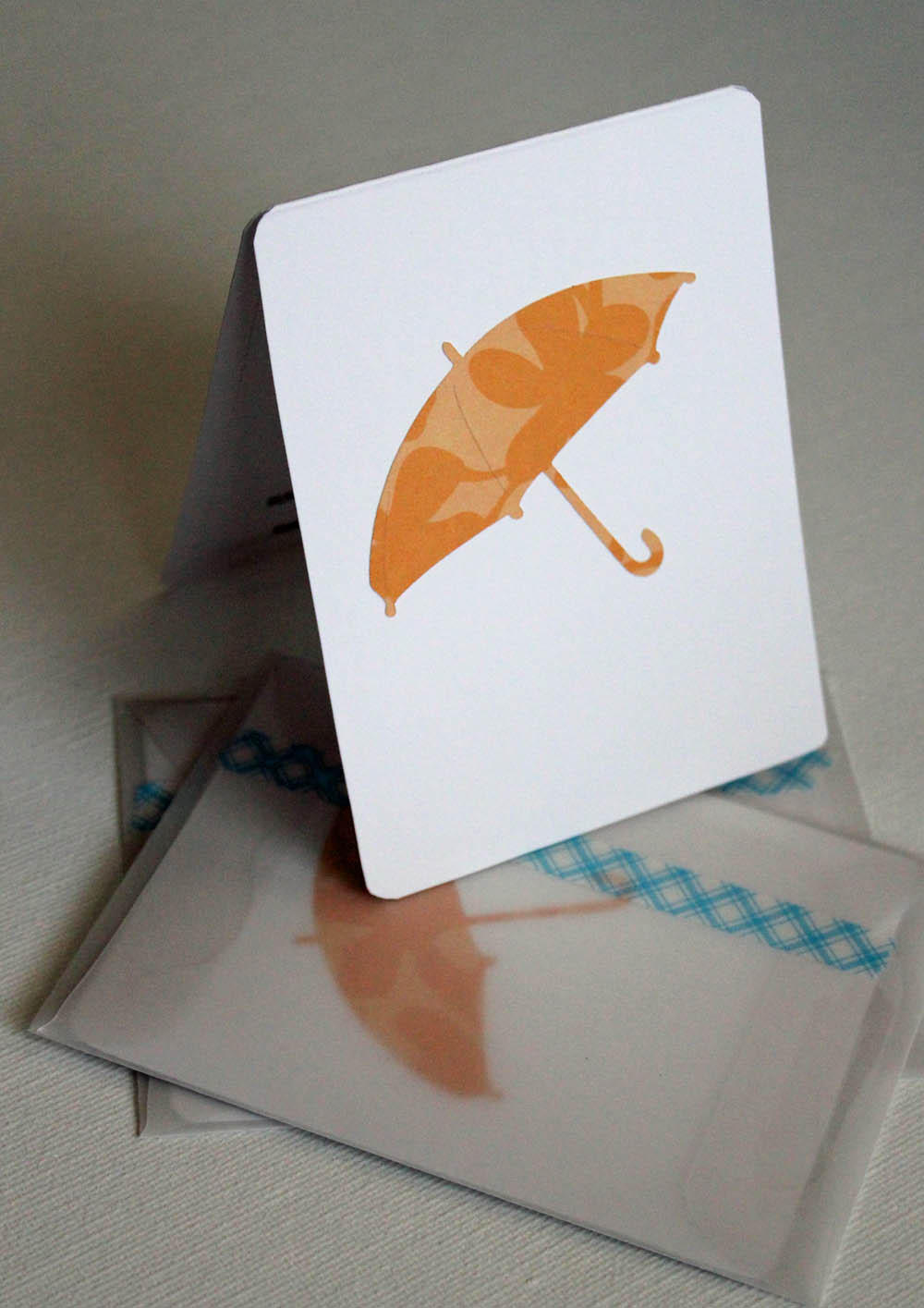 I managed to sneak in a little aqua with the washi tape on the back of the vellum envelopes. The umbrellas were cut on my Cricut, out of an orange patterned cardstock.
The shower decor was kept simple. On the front door we made a coffee filter wreath, and added an orange monster truck toy. 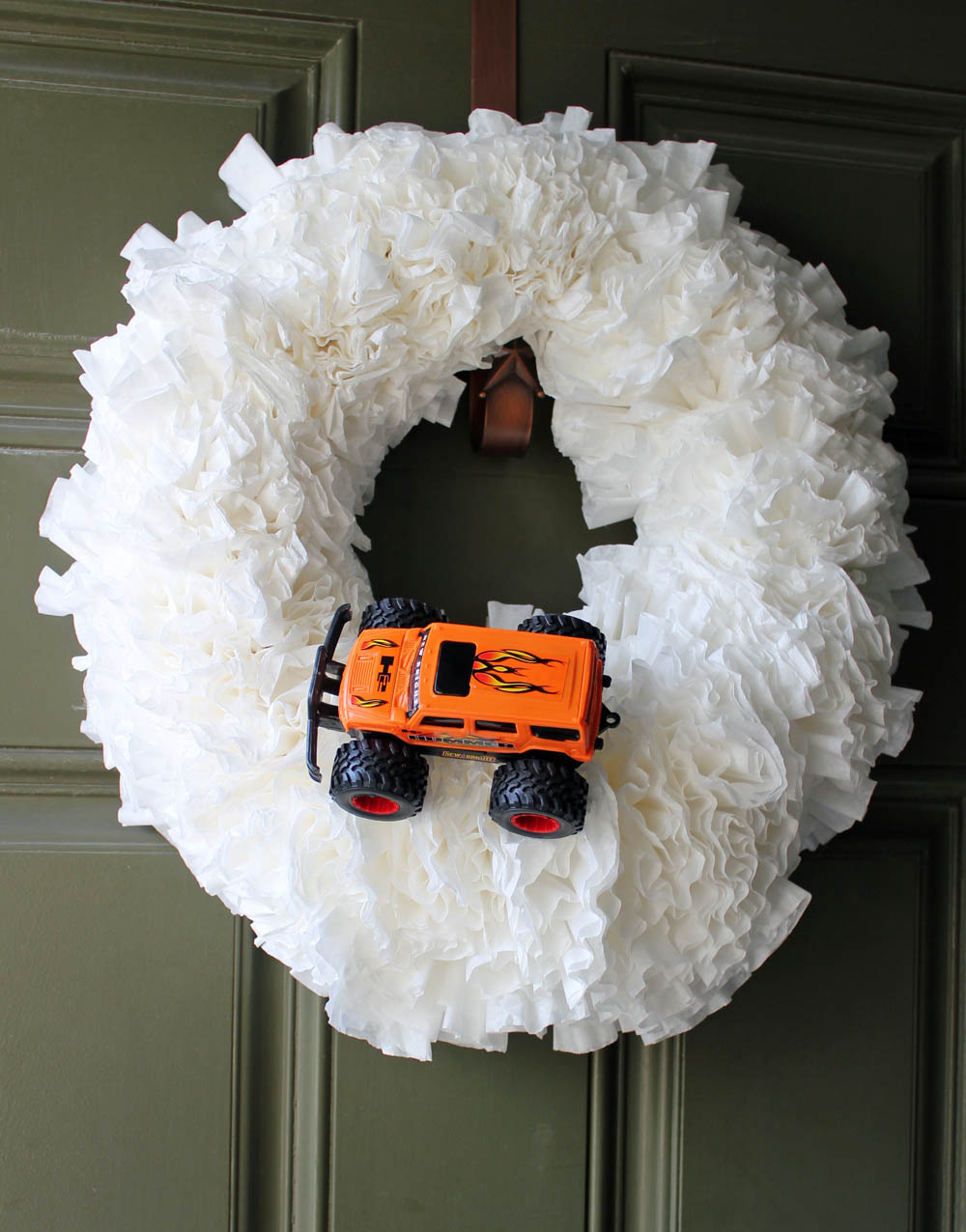 Every boy who tagged along (my son included) wanted to take the toy off the wreath to play with it! Mom-to-be was given the wreath to take home for the nursery.
Inside, we had an awesome food spread – made even more awesome because my co-hosts brought it all (and I got the benefit of some yummy leftovers)! 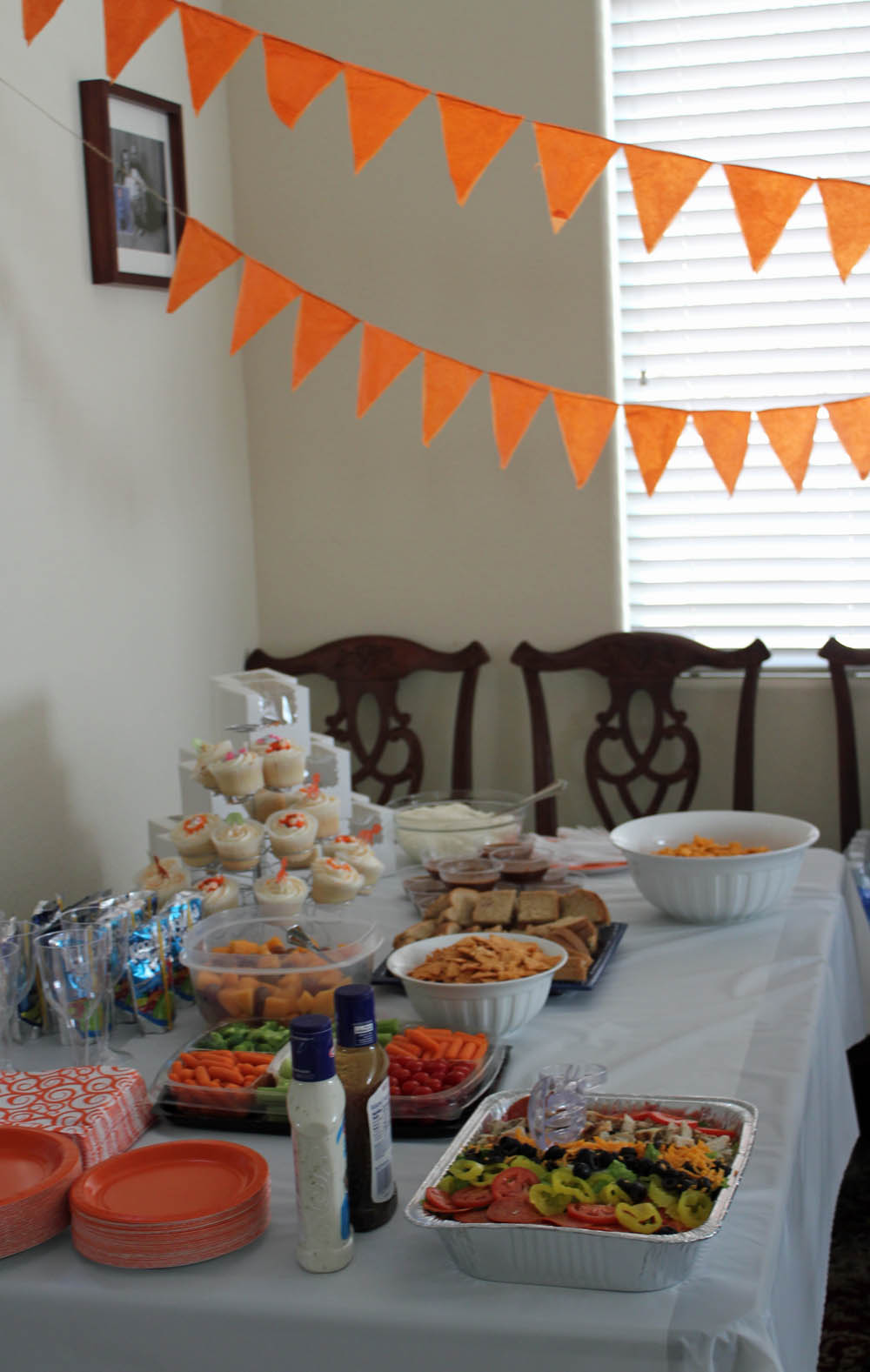 I didn’t have a chance to take pictures of everything, but there were so many cute details. The cupcakes had adorable animal faces, and the favor bags (holding orange taffy) were tied with an orange ribbon (with white polka dots) that was tied like a tie!
Instead of a traditional guest book, one of my fabulous co-hosts bought a children’s book (about monster trucks, of course), and we all signed it with our words of “wisdom”. Hopefully a keepsake the family will be able to treasure.
I loved putting on this shower. It was so much fun to have two ladies to collaborate with, and split the work with! And since we were hosting it here, my hubby loved it because I spent the week before scrubbing the house! Yup, sometimes, everyone wins. Even me. Because after everyone left, I took a nap!