I can’t tell you where I was standing or what I was doing when I got the phone call. But I will always remember that call. It was my mom. Telling me not to worry. That it was nothing to worry about. But she didn’t want me to find out later that she’d had a biopsy. She was sure it was going to be fine. Just a small lump. Not even picked up by her annual mammogram.

It didn’t take long. It felt like an eternity. She learned, we learned, that it was breast cancer.

She fought through it. Nearly a decade later, and she’s still with us. Her 5th grandchild will be born any day now. The 6th is following shortly behind. Cancer nearly took their Oma from them before they ever had a chance to meet her. She fought cancer for herself, for her family, including her grandchildren yet to be born.

So many others have fought this battle. Get your tissues, handkerchief, or shirt sleeve ready and watch this inspiring video:

Too many are fighting this battle. A decade ago no one in my family had been diagnosed with breast cancer. Today, I have a history of breast cancer on both sides of my family. I have had family diagnosed. Friends diagnosed. And family friends who have lost the battle.

There are so many ways to support this cause. Ways to support the research that gets us closer to a cure. The Warriors in Pink donates 100% of their proceeds. One hundred percent. For those of you catching up on the math – that is all the percents. That is awesome.

The Warriors in Pink have lots of gear to choose from. Ties, formal shirts, mugs… but I’m in love with this simple tank: 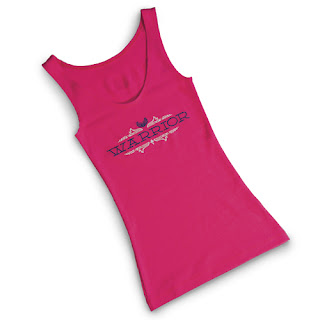 While at a recent event, I was able to see the above video in a room filled with a couple hundred women. It was amazing. Each of us was given a simple scarf as a memento. I don’t have a lot of occasions to wear a scarf in Las Vegas, so I crafted mine into something that is near me daily… you can click here for the custom camera strap cover tutorial, here is a preview: 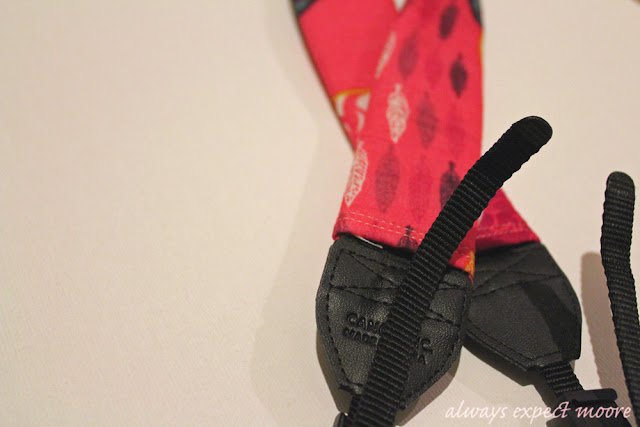 In the comments below, please tell me about the Warriors in your lives… and then come back tomorrow so we can celebrate them! 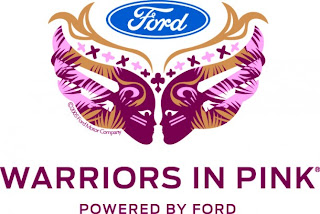