Home About Subscribe Summer Sew Camp Disclosures
Home » Blog » Uncategorized » Pumpkin week – "Easy as Pie" Pumpkin Cake
This is probably the most extreme guest post I’ve ever heard of. Because Mandi made this cake, and wrote this post… while she was my guest! That’s right, she flew into Vegas, leaving her husband and sons for some quality male-bonding time, and hung out with us (well, me, and we had some awesome girl bonding time!). We had a great time working on Pumpkin Week projects, and she made us this super-delicious pumpkin cake. It was so yummy that hubby and I made up a story about Southwest Airlines having a no-cake policy so that she would leave it with us (for the record, I don’t think she bought it, but we did get to keep the cake).
Speaking of policies, I think a great new blog policy would be to have all future guest posters come to my house to bake me something. Yum! However, that would mean that I’d always need to have clean guest towels on hand… and perfectly scrubbed toilets. So, I don’t think that is going to happen…. *sigh*
Well, let me turn this over to Mandi, and her super-delish pumpkin cake! 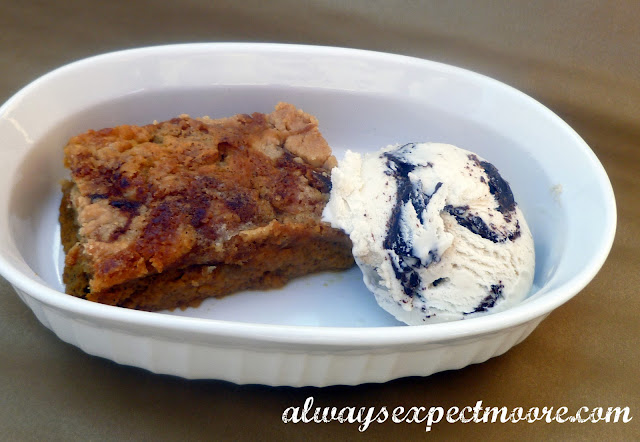 Hi, everyone! I’m Carolina’s California hippie friend, Mandi. You know, the one she made the shirts for (well, they’re for my boys) in this post. Anyway, when Carolina told me that she was doing a pumpkin week, I mentioned that I had this fantastic pumpkin cake recipe. And now here I am, doing a guest post. {grin}
Back before kids, I was a kindergarten teacher. At the school that I taught at, right before Thanksgiving we always had a big Thanksgiving feast for the kindergarteners. The parents would provide the food and the kids would make decorations and dress up as Pilgrims or Native Americans. It was totally adorable, if you’ve got a 5-year old.
Now, I love pumpkin pie. But, this was the recipe I used for the feast instead of pumpkin pie for several reasons. One, it’s easier to make then pumpkin pie. Two, kids will eat it. And three, adults will eat it too, because it’s really yummy. I even learned to carry copies of the recipe with me to the feast because parents would ask for the recipe. And then parents of kids in the other kindergarten classes would ask for the recipe. Yeah, it’s that good.
I’m not quite sure why we call it pumpkin cake. It should probably be called upside-down pumpkin pie, because that describes it better.
1 can 15oz. pumpkin
1 can 12 oz. evaporated milk
3 eggs
1 cup sugar
4 teaspoons pumpkin pie spice
1 package yellow cake mix (keep it dry; do not mix together)
¾ cup butter- melted
Preheat oven to 350º. Grease a 9 x 13 baking dish. Mix pumpkin, evaporated milk, eggs, sugar and pumpkin pie spice in bowl. Pour into baking dish. Sprinkle dry cake mix over top of the mixture. Drizzle the melted butter over cake mix. Bake for 50-60 minutes. Serve with whipped cream, or ice cream.
Mandi’s husband says that this recipe is delicious! Imagine the inside of a pumpkin pie, topped with sugary lumps of cake goodness. Better yet, instead of imagining it… go make some! Mmmmm! 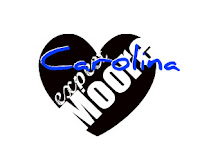